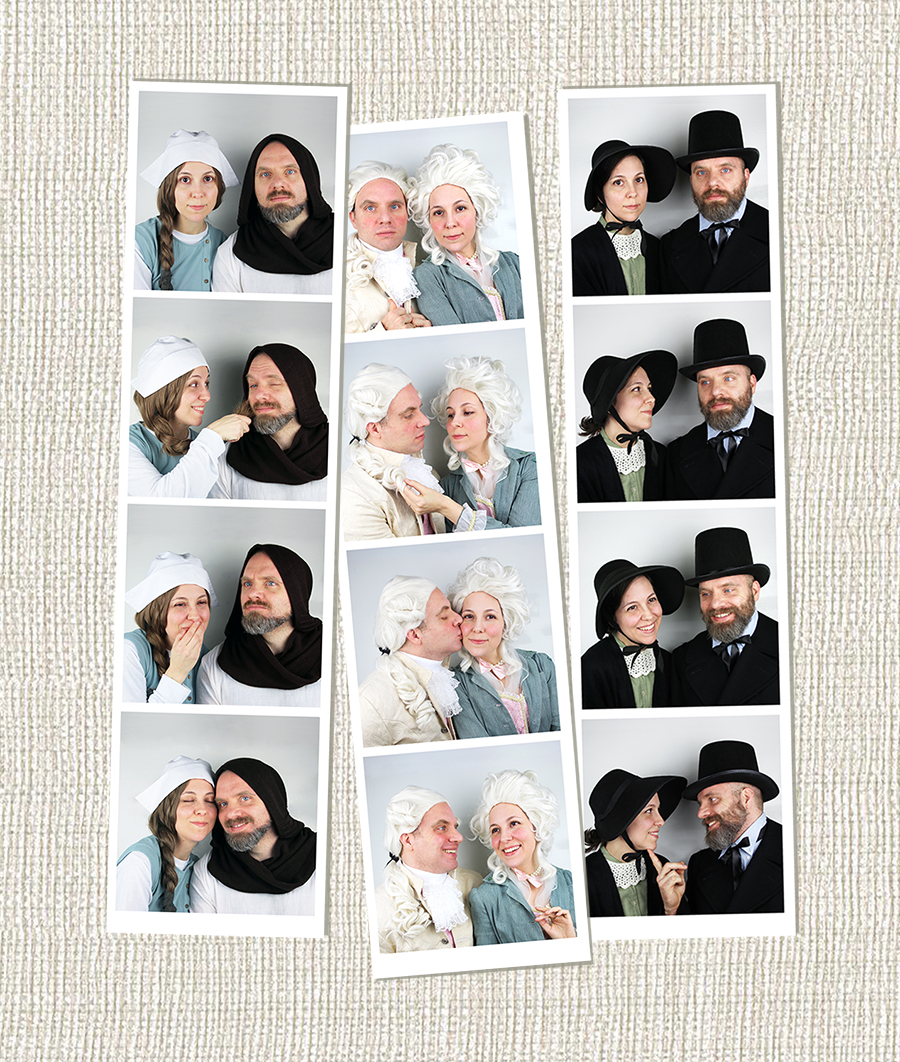 Photo booths became popular in the 1920s as an enjoyable thing to do on an outing with your sweetheart. As time went on they only grew in popularity. The private, small nature of photo booths allow for intimate candid images. It allows you to see the couple as they truly are, without the pretense of an onlooking photographer.

My curiosity was peaked as to what these images would’ve looked like if the photo booth had been around centuries before. What images would have been captured of those smitten with each other in earlier ages?