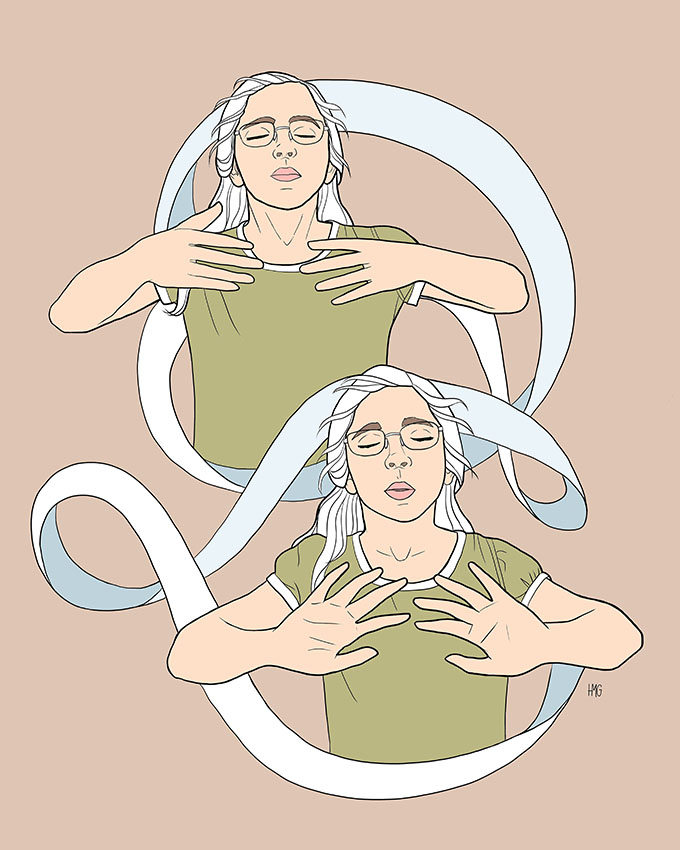 *This piece was made for Wintersong 2018, the theme of which was “Rest”.

Anxiety is something that is ever-present in my home. I have struggled with it since childhood, and now it affects my daughter. Once I noticed it in her though, I became defensive. I recognized it as an enemy, and started fighting back, for her and myself. The Lord has shown us weapons that we can use against anxiety.

One of these weapons is breath. The speed and voracity of anxiety quickly takes the power out of your hands. Slowing down and breathing not only forces the body into calm but also the mind.

To understand the importance of this, the Lord showed me connective tissue so it would resonate clear: In the beginning, our Creator spoke everything into being. Out of the might and the love of His words, He spoke into being the events that created our world- a great an awesome catalyst of sound. However, when He created mankind, His spoken word wouldn’t be enough. He loved us too much. Instead, He came down and with His hands He formed us. Even at that point He could’ve said “Breathe!” and we would’ve breathed. But He didn’t. He’s far too compassionate. Instead, our God of creation breathed HIS breath into man.

It is His breath in us. This world wants to choke out that breath, with the speed and distraction of life. If we can tap back into that breath, we can have calm. Breathe in slow and deep the healing breath, and release all the negativity this world is heaping upon you. We are created with that design and it is miraculous.